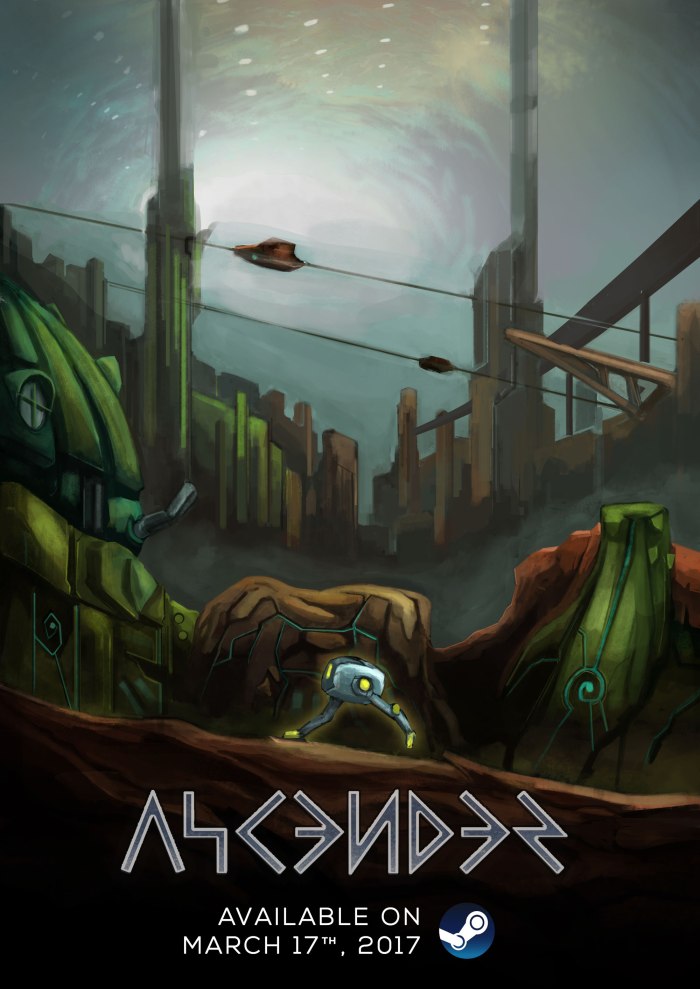 We would like to announce that the game is in the process of release. More information regarding the game will be published next month.

Here’s the preview for the main menu of the game 🙂

Gong Xi Fa Chai to all of our friends

We are also in process on finishing all of the endings.

*sorry no picture for this one*

From all of us the crew behind Ascender

Here’s some update from us

Cast your vote for Ascender on Game Development World Championship !!!

As a Sound Designer, I’ll tell you that the sound designing progress on Ascender is almost done. I just have to make some sound effect for ending scene & retouch background music for ending to the credit title. But, over the development process, sometimes the programmer still give me some input related the audio. Because he is the one who plays Ascender every day on his Unity project, so I think he would understand if there something are less cool both in terms of art or audio.

So,  while completing some audio work, Rubi The Producer told me to make a trailer for Ascender. From sound designer to be trailer maker, hmm, Trailer Designer! lol. Well, to be honest, I was not too great in terms of making a trailer but I’ll try my best. 😀

This time, I’ll make a different trailer from the previous one that I made for Steam Greenlight trailer. The previous trailer is telling more about the arrival of Ocean to the GOA civilization. While the new trailer, I would emphasize to the friendship between Ocean and Sky,  so we can understand the motivation of why Sky want to fight for Ocean. Here is my draft for ‘brand new’ trailer.

Less obvious? lol, it’s just little sneak peak for Ascender’s Trailer. I’m still working on it probably until next week or the end of June. Asap.

Sorry gtg I have to finish this ‘hopefully awesome’ trailer.

nb: Thanks to Moldovite has given me the idea for this trailer & help me make a draft.

Hello there!! This is Kunzite, and this is the second time we’ve met here.
So as I said before, as the junior programmer, I’m in charge to add small feature and implement the game assets into the game engine. As this game development approaching it’s ending, – like the lead programmer’s blog’s title: “Irritating implementation of …” – it’s start to irritates me as well (not as irritated as the main guy). Why? Because the work start to pile up as other staff start to unload their stuff together simultaneously and other tiny little adjustments to the game that can be easily missed yet very important that need to be implemented (and yeah, i sometimes forgot some requirements they gave to me while i was implementing other requirements, sorry guys :3).

So my life near the ending of development is full of requirements that come from others like the sound designer with his extra sound effects and audio filter modifications, the artists with adjusting the color level and a lot of new images that sometimes not fit in the stage design so I have to send it back to them or repair some of the images myself to save time, if it not takes much time for me to do it (and don’t forget about checking the images’ size to prevent the game size become too large). Then come the level designer with the puzzle modifications, and the story writer with the dialog altering.

Not just that, most of them is not easy to satisfied, so they adjust a lot. But let’s fight for it! For the greater good! 😀
Now let me pleased your eyes with some good stuff (not just me babbling about life). If you read the early blog from Ruby, it’s mentioned that there is a district in GOA called RAJUMLA (Energy Area). Our art director imagine the district as a very hot area then he came with idea of a cave with flowing lava inside. So to make it flow smoothly, the job’s given to the programmers. The lead programmer code it for a while and he gave it to me to develop it and implement it to the stage. To make the lava is simple, but to generate it to whole area need patient and precicion.
So, feast your eyes !!

Well, that’s it for now. Thanks for checking in and stay tuned for more.

Ascender: The Blog
Create a free website or blog at WordPress.com.