We would like to announce that the game is in the process of release. More information regarding the game will be published next month.

Here’s the preview for the main menu of the game 🙂

Gong Xi Fa Chai to all of our friends 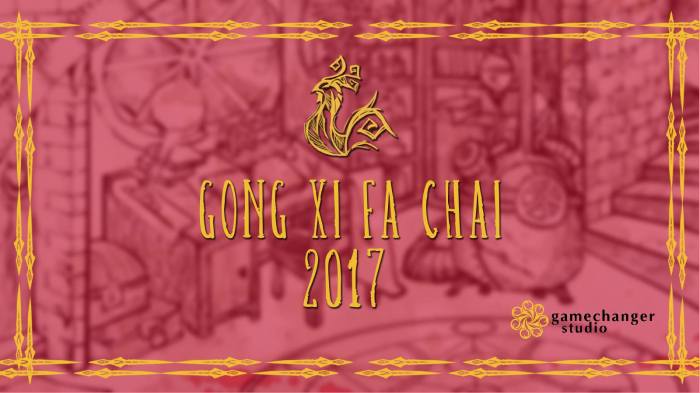 We are also in process on finishing all of the endings.

*sorry no picture for this one*

From all of us the crew behind Ascender 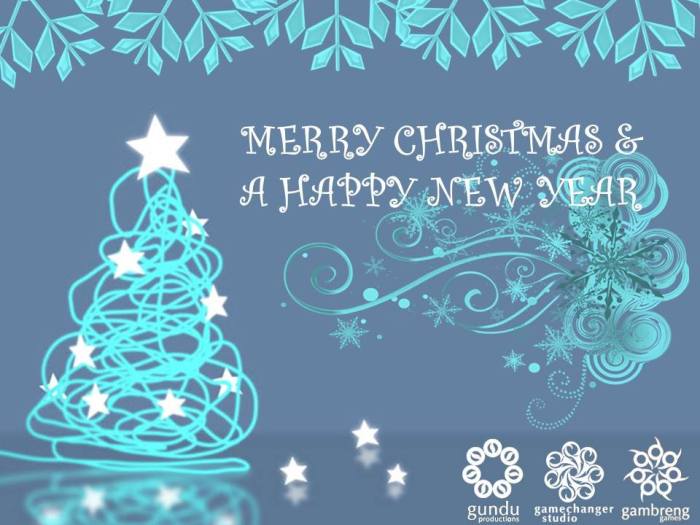 Here’s some update from us

Cast your vote for Ascender on Game Development World Championship !!! 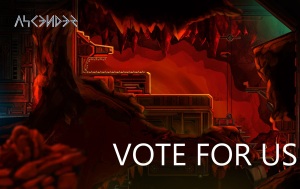 Hi fellow Ascenderians, last week Ascender get the chance to showcase on Popcon Asia 2016 Event, at Jakarta Convention Center – Indonesia. Our many thank to fellow Indie Game Developer, who has been entrusted Ascender to work together as a team. Some of Indonesia Indie Game Developer joined together to form an Indie Movement called Indiesche Partij. Here our Booth on Popcon Asia 2016. Can you spot Ascender’s booth ? 😀

Many people come to our booth to play Ascender, or just say hello asking about Ascender’s story or maybe offer us an ad for Ascender. We are glad to have the opportunity to attend this event. Here some of our documentation at Popcon Asia 2016. 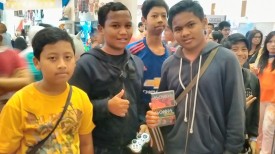 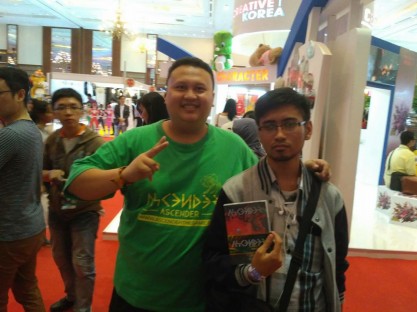 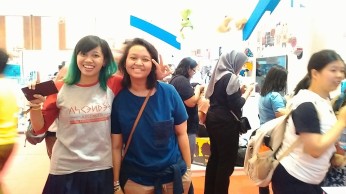 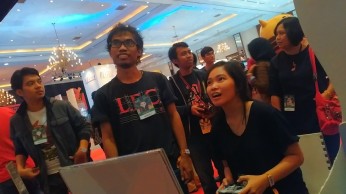 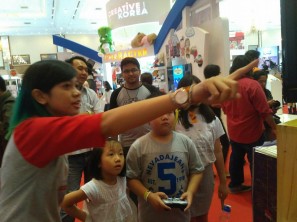 See you to the next event with Ascender The Game..

Garnet’s here and now I’m preparing to send the draft of Ascender dialogues and quests for proofreading. Basically, all I have done for the narrative assets need to be checked and corrected. Grammatical, terms and phrases in English are the main issues identified from our feedbacks. I’m planning to give one of Ruby’s friend lived in Australia for some years that can speak, listen, write and read like a native English. But, there’s a job to do for me since all the narrative assets is written in excel format and without premises text, she won’t know what I mean and how the game flow with that narratives. It seems that she isn’t really a player, but I need her English skill to do the proofreading. Here is the Excel structure of my assets and converted to Words with added premises. 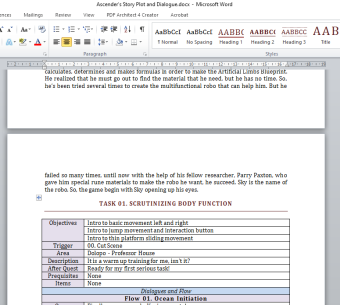 The Word File with Premises

See the differences? Yeah, I tidy it up  a little bit as well, it supposed to help the proofreader I hope. I also add some table of contents, character descriptions, prologue and ending scenes as well. Right now, I have to finish up premises that define the correlation between quests. Hopefully, with Ruby’s friend checking Ascender’s narrative drafts, our lovely game can have a better quality before it launched (I’m looking for publisher input also later on before it become the very best appropriate draft). You guys also can give suggestion with the formatting or input in the comments below.

Oh yeah, right now I’m working on new game that relate something about graves as a producer! Let’see where it goes!

Garnet is signing out from GameChanger Headquarter! Ciao!

It has been an exhausting month in Ascender team, I can’t believe It’s my time already to write the blog.

I want to share how we play test our game. After we talked to fellow developers, many of them suggested to us to hire testers. I believe that it is the best path if you have the opportunity and most important thing is “money”.

Unfortunately, we don’t have the budget to hire professional testers. One important aspect of testing aside of testing bug is the experience of the game itself. Our artist has been in the task of finding a bug while programmers are fixing and adding more content.

But only having internal tester will not give an effective result of our testing. We are recruiting our friends in order to test our game. We also go to various events in order to get feedback. We would like to hear more of their experience playing the game rather than just help us finding the bugs.

There are some design flaws that has been found. Some can be easily fixed while others need to redesign the gameplay flow. One of the flaws in the game flow is a task called “Sharpened Metals”. We are given an objective to find two item called Sharpened Metal, we put it in a specific area in MUSTANG. In the story, we have created an event where a player needs to go to MUSTANG and trapped there.

Unfortunately, all player can open access back to DOLOPO and they don’t need to have the Sharpened Metals. It probably fine, but it resulting in a huge confusion to players where they don’t know the metal looks like. There is also no more hint of the metal including where to find it. We finally put more hint about the Sharpened Metals in the game and make it clearer for the player on how to get it.

That is only one example of many improvements made in the game design. Hopefully, we can improve the quality of the game better and make the game flow more enjoyable.

Ascender began entering the finishing stage. In this stage, there are polishing process and put some additional object to the game. Amber, the art director told me to make the credits title by using the concept of Ascender. So, the concept of this credit title is illustrated by showing the camera moving from bottom to top, showing the background that is used as an in game stages.

The name of the stage are Rajumla, Helion, Mustang, Dolopo and Everest. There are a lot of NPC representing every stage and had a simple animation. The NPCs have many spreadsheet that wasting a lot of time to make and i must put it in after effects composition.In addition, Sky must be animated to jumping from text credit to the background platform.

Sky character animation process is a little bit tricky because it must adjust spreadsheet from different layer and animations. Sometimes, I have to double checking the timing of each spreadsheet layer for smoothing the transitions.Stage also had changing several times. It caused by strange looking parts from the stage and it must be repaired. 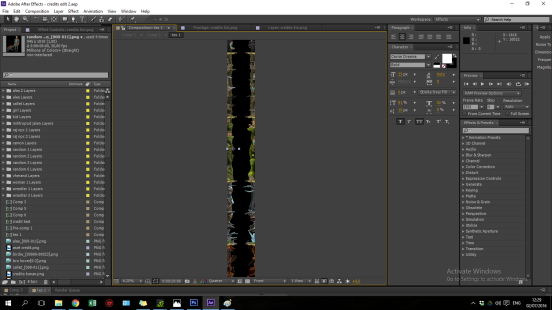 Unfortunately, the file does not have a Photoshop format so that the repair process is a bit time consuming. The credit title making process  is entering the finalization process, but I must wait for more people that will contribute in making this Ascender game. After that, I can finish it.

That’s all from me, continue to support Ascender.

My goodness, there you are! You see, I’ve been buried in this pile of codes ever since the last devlog post, and I just barely have the chance to write this one!

Umm, where do I start? Oh well, I’m Chalcedony, and here is the 42nd entry for this devlog series. It might as well be my last chance to write, and hence the title. This will be the story of preparations towards the ending of this project.

Let’s start… Or not. Heheheh.

There is an interesting trivia about the number 42 to be the answer of life, universe, and everything. Others view it as death – the end. It’s up to you to interpret it your own way, but hopefully this entry, the 42nd, will provide you with some answers… Or not. Oh right, back to topic! Ending, from a coder’s perspective.

It is the time where every other members from the team flood you with their not-so-final creation. Yeah, nothing can ever be treated as final, as revisions pop out every day, hour, second, even millisecond.

Picted below is one in-game footage, after and before some lovely revisions… Or not.

Little changes are more often than not, jeopardize your code structure, if they are numerous and are done near the end of the development process. The addition of many if-elses is killing you. We have a couple of instances where some objects only appear at a specific time and place (and aren’t used in any other occasions). We have a dedicated folder containing local script object for those things, just to avoid massive lines of ifs.

Events that are tightly tied to time also serve as a genuine hassle when changes occurred. Mistimed jumps, stuck in closing door, you name it.

Ending sequence is constantly changing and therefore is a total time waster :(. The team made me swear not to post any spoilers here, so sorry, no more asking, and no, no screenshot nor gifs for you… Or not.

Now you would think that, after applying all changes, we would just hit the build button, and everything should be okay… or not? Well, we still have to do the testing, assuring this game can run on most computers, et cetera. We have seen cases where people complained about this game crashing after the first screen. Weird, as it runs perfectly on our machines. This is one of the harder case of bugs, and sometimes we decide that sometimes, you just have to use a better computer for games.

Done checking (internally)! The next step is to distribute the executable to some secretly picked testers, for the final input for the game. We just need upload the game, and… Hey, look at the size! At the moment, our build is 2.56 GB, waaay above our expectations of how big this game should be. Zipping could reduce it to 357 MB though.

It is possible to check on what is bloating the size of your project in Unity. The editor log gives you a pointer in it. And in our case, guess what, the textures are totally dominating the build, by a whopping 97.0%!

Not all hope is lost, though. Unity also has the option to compress texture size – crunched texture the name. The upside is, crunching effectively drop the texture size to about 25% of its original size, with almost no noticeable loss of quality! The downside is, crunching takes a huuuge amount of time, and only textures with specific size could be crunched (must be 2^n or 100 * n, to be exact). And the worst part is, it is not even documented! It is recommended to write a script that selectively crunch your assets (you can do it manually, in exchange for your sanity), and let unity do its work while you party on… Or not.

Great! It’s finished and ready to be served! Or not. In reality, we are still struggling with constant changes, and haven’t reached this state yet. Hopefully this madness will soon reach its end! Yeah, that’s it, that’s all, guys! Tune in this channel weekly for more updates! See you around!